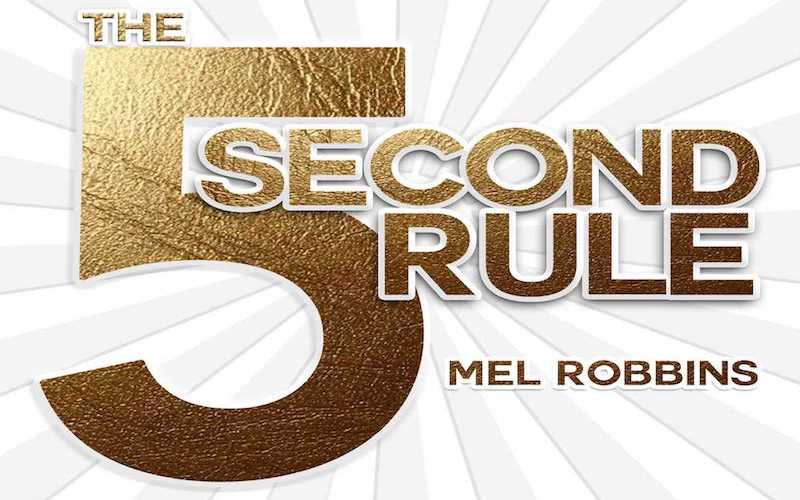 I am an over-thinker. I tend to take simple tasks and turn them into overwhelming, complicated events. This book has helped me tremendously, rather than spending time on complicating things to just simply… doing them.

The reason it lost half a star was because the book was filled with fillers. Mainly the social media posts, the screenshots of Mel Robbins’ followers who have benefited from her rule was motivating at the start but very quickly got out of hand.

However, some of the stories were used to support the theories behind why this method works so easily, which helps in understanding the science side of things.

Mel is very human and really refreshing as you learn of her prior life experiences and how she has developed over the years. How she overcame over 20 years of anxiety and transformed her life tremendously; Now she’s looking to help others to do the same.

When there’s something tough and out of the ordinary to do, we may not feel like doing it. We never feel like it. It’s too difficult, too much, too whatever.

The author digs into neuroscience and shows us why and how those initial moments are crucial. The reasons for lingering over an instinct to act and then failing to act at all can be many. But mostly it is because of habit. Those few moments after an idea pops in your head where your brain dwells on whether to act on the thought. The problem, more often than not, is if you wait, the action never happens and the idea and/or thought is lost.

When you push yourself to do something you don’t feel like doing, it rewires your brain to act. So the next time, when it’s early in the morning and the thought of going for a run hits you, you are more likely to put on those shoes and Just Do it.

Like any skill, it takes practice. But, 5-4-3-2-1 is simple. It has one central idea, but a lot of applications. The idea takes … five seconds. That’s it. And it changes what you do NOW, which is the only way to change one’s life. There are many other great and useful ideas in this book; however, its central idea is a way to do everything else you know you should do when you don’t feel like it.