Should it even be called an ‘Automatic’ Teller Machine?

A new company is offering an ATM that uses a form of video chat to make banking easier. The person on the screen is controlling the machine, so in my opinion the security is the number one feature of this ATM. With the recent uprise in “white-hat” hackers, such as Barnaby Jack being able to hack ATMs to spew out money. Also with previous mods people have been able to add to the ATM that will send the users card number along with their PIN once they have inserted it to the “criminal”. This will also improve the ease of using ATMs, and will be able to fix mistakes on the spot, such as an incorrectly filled out cheque.

Is this really salutary? Would it be cheaper to just keep the man ‘inside’ the ATM at a bank? I’m sure the tellers like it, considering working from home has been in such a high demand lately. 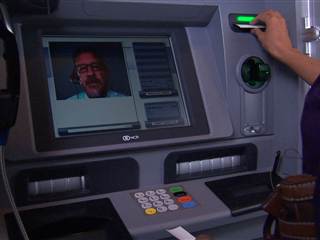